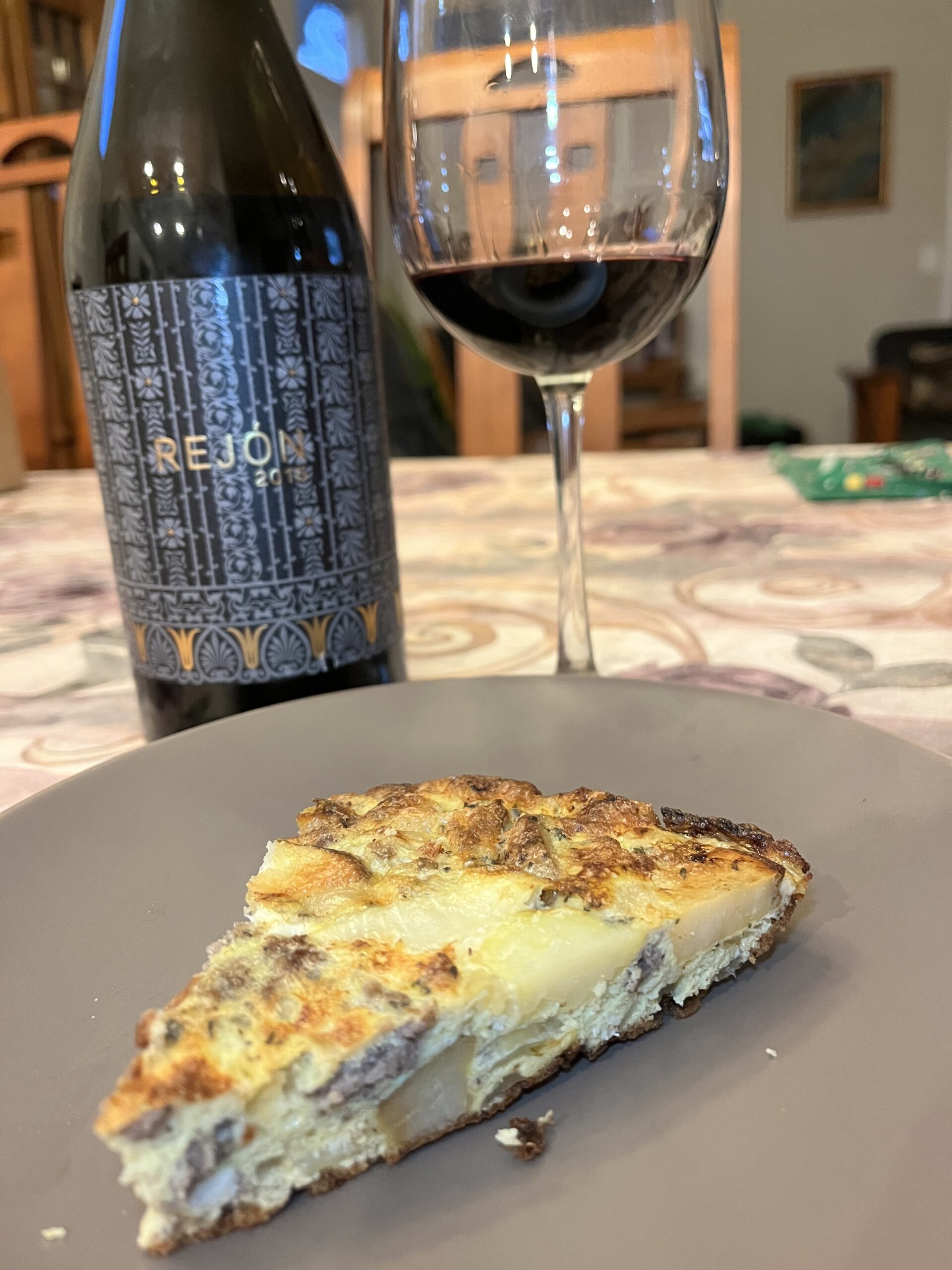 During the summer I took the Wine Scholar Guild’s Spanish Wine Scholar class. For ten weeks, once I week I sat down for a class that was led by Rick Fisher. Throughout the program, we traversed through the seventeen autonomous regions of Spain.  In the end, we were responsible to know 49 DOCs and 20 subzones within those DOCs along with the mountains and rivers that regulate their climate. We needed to know Spain’s wine history including significant dates such as 1925, (First DO of Spain – Rioja)  and 1872 (Josep Raventós returned from France and made the first Cava). Other stats required to know include the aging requirements for Classic Spanish, Rioja DOC, and Rueda tinto, blanco and rosado. Let’s just say it was a lot of information.

I took a week off from social media (and life) and studied. I studied my butt off. After a week of studying, I sat for the exam. Then I waited, and waited. One week later, I received an email “Your WSG Exam Results.”  I nervously opened the email and memories of opening my college acceptance letters, I anxiously read, “We are pleased to inform you that you passed your exam!”  With a huge smile on m face, and an even bigger feeling of relief, I opened the PDF that revealed that I didn’t just pass, but I passed with honors. There was much rejoicing!

What do you do to celebrate passing the Spanish Wine Scholar Exam? You make a Spanish dish for dinner and pop open a Spanish wine! A very good friend, who had extreme confidence that I would pass the exam, gifted me a bottle of Tempranillo to celebrate with. (Thank you Dave! You had more confidence in me than I did.)

1- Shallow fry the diced potatoes and put aside 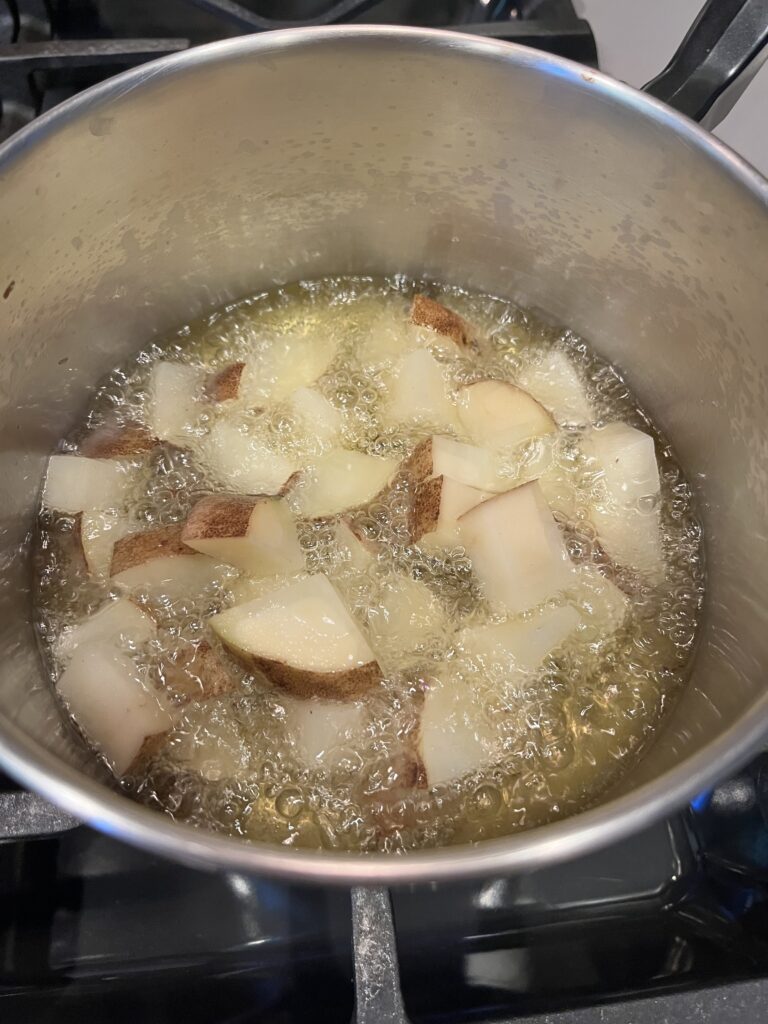 2- Brown the sausage and put aside 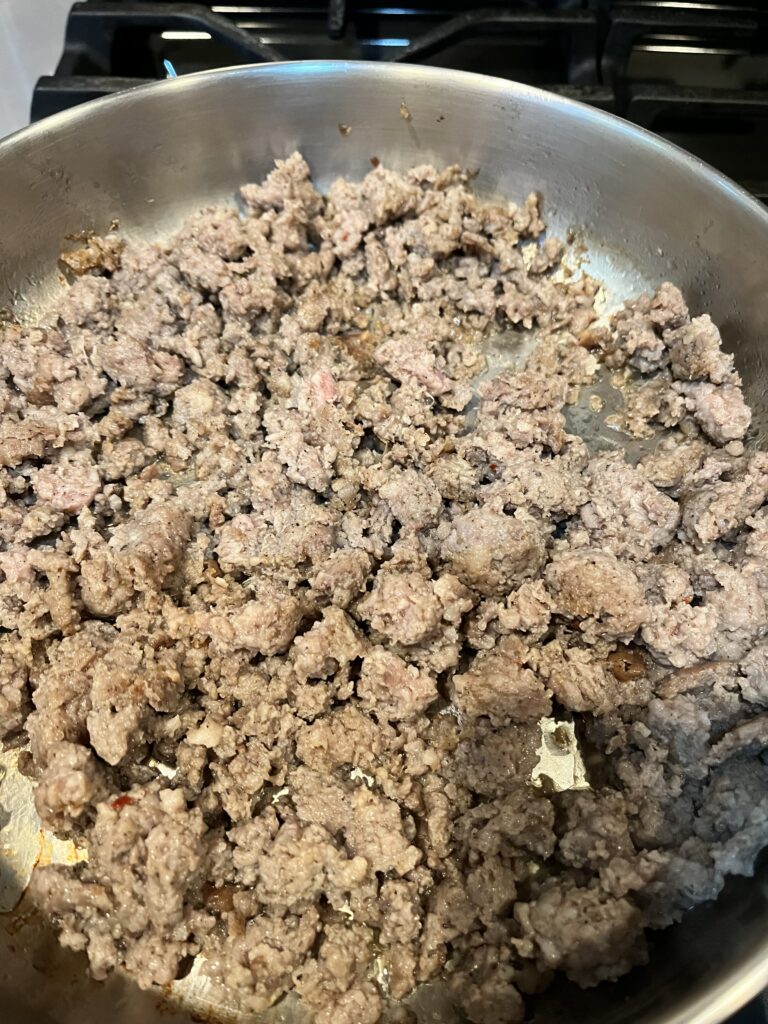 3- Sauté the onions until translucent and put aside 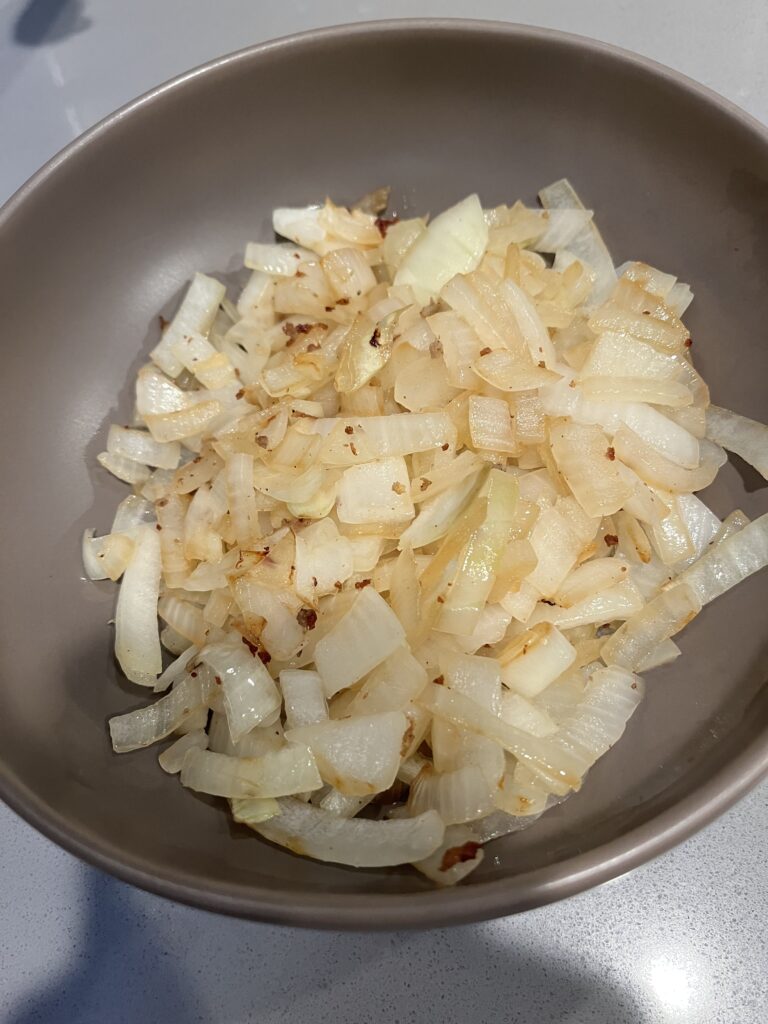 4- In a large bowl, scramble the eggs
5- Add the potato, onion and sausage
6- Mix until well coated and let stand for ten minutes
7- Add to a pre-heated oven proof pan, and cook on medium heat, uncovered for five minutes. Then cover for remaining to ensure the center is cooked through. Approximately another fifteen minutes. 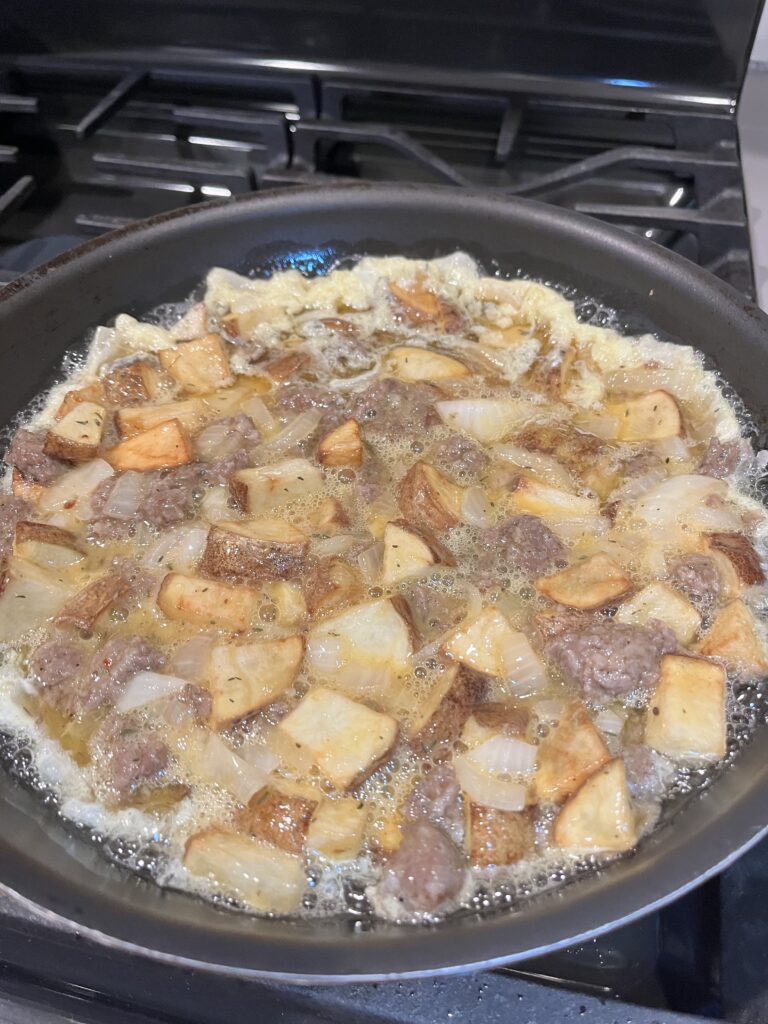 8- Place in broiler until browned. Approximately 5 minutes.
9- Remove from pan, serve and enjoy. 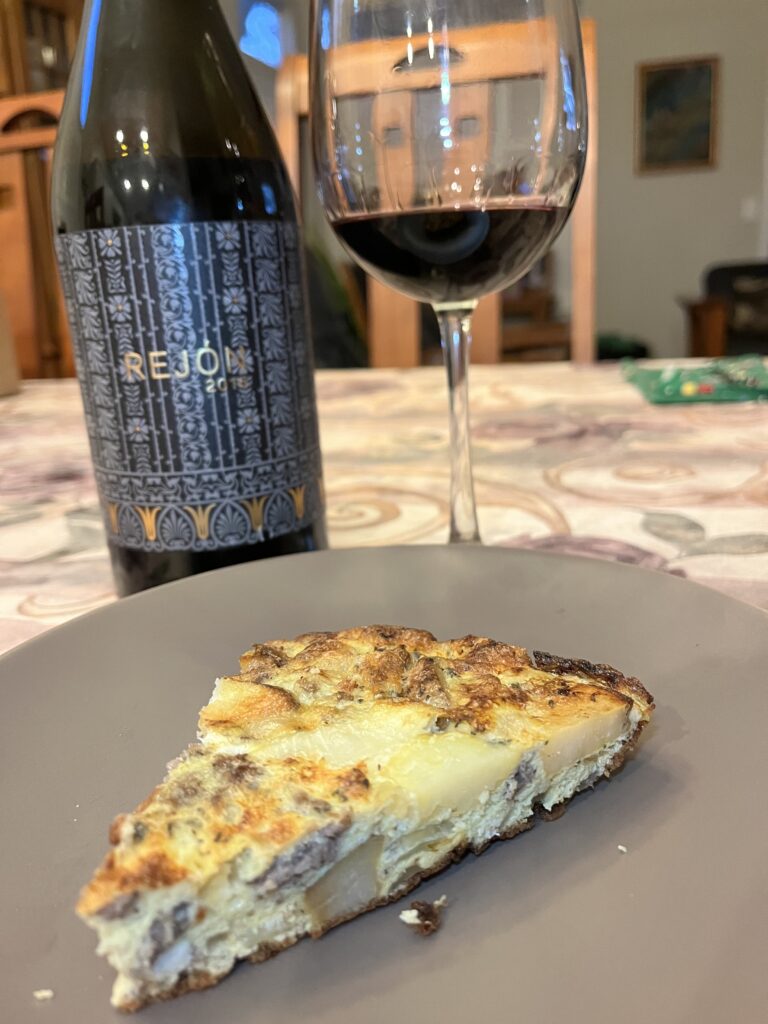 We paired the Tortilla Española with a Tempranillo from Castilla y León. 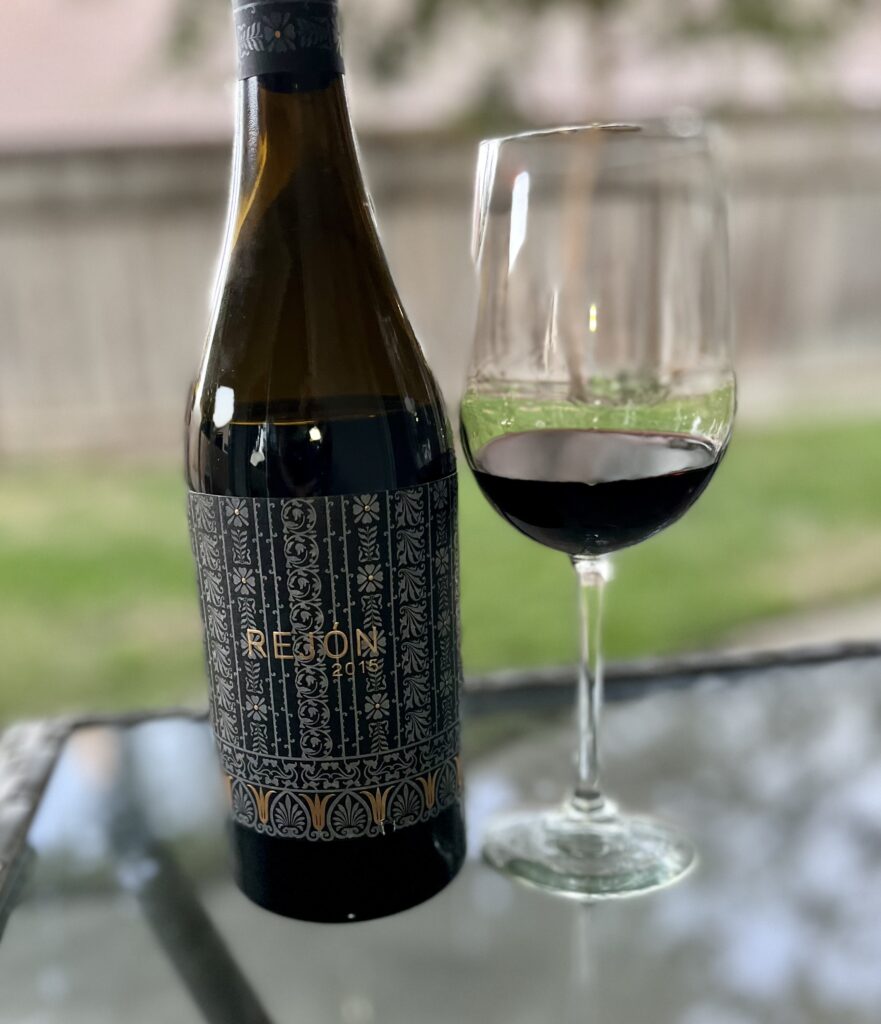 Some fun facts about Castilla y León and the wine:

Castilla y León is geographically the largest autonomous region in Spain. It makes up approximately one fifth of the entire mainland Spain. Two of its DOCs, Rueda and Toro, have soil that is so sandy, that the vineyards were never effected by Phylloxera. Like the majority of Spain, Tempranillo is king in this region, except for DO Rueda which actually focuses on the white grape variety, Verdejo and DO Bierzo who’s specialty is Mencia. Tempranillo is known as Vinto Fino, Tinta del Pais or Tinta de Toro. Castilla y León’s continental climate has the privilege of being home to the coldest climate in all of Spain.

The wine is a Vino de la Tierra, which is equivalent to Franc’s vin de pays; a rung below the DOC classification. I was surprised to find out that Bodegas Tridente falls under the Vinas de Familia Gil umbrella. I had the pleasure of visiting them on my press trip to Jumilla. It truly is a small world. The fruit for this wine is located in the province of Zamora. The vines are en vaso (bush trained) and are 130 years old. We are huge nacho fans. When we go out to dinner, more often than not, we split an order of them as an appetizer, or even sometimes as our meal itself. We were in the mood for nachos, but didn’t have any on hand. Enter Tater Tots. Just substitute tater tots for the nachos and… We paired this meal with a 2014 Hess Select Cabernet Sauvignon. 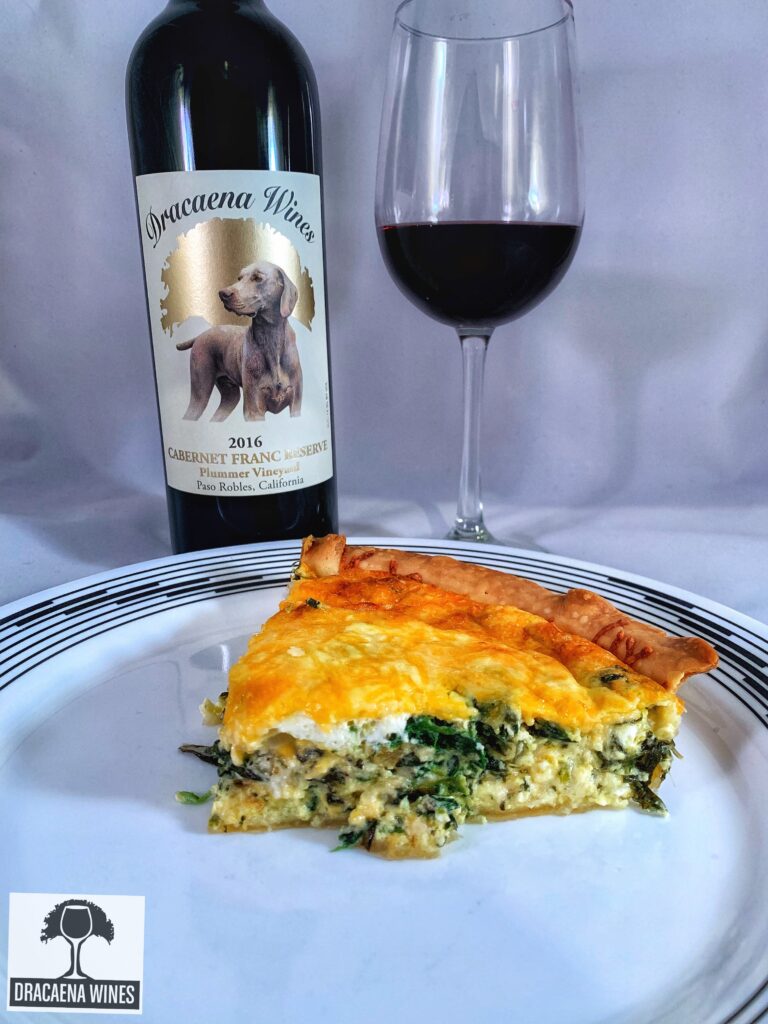 We paired this meal with a 2013 Hahn SLH Pinot Noir. I love quiche! I actually never have it for breakfast or brunch, it is a main dinner meal for me. It is great even on a weeknight because it is easy to through together. Now, if you were going to make this dish for brunch, a mimosa would be outstanding! But as a dinner dish,… We paired this with a 2012 Lichen Estate Blanc de Gris. I discuss this wine in further detail along with the pairing in my blog post  #WIYG this #NationalDrinkWineDay? I’m Lichen This Sparkling!