Valentine’s Day is holiday that is shrouded in layers of mystery.  It is most often thought that it is a celebration of St. Valentine. But which one? The Catholic Church recognizes three different saints named Valentine or Valentinus. The most known Valentine was a priest, who performed marriages for young lovers in secret when Emperor Claudius II decided that single men made better soldiers and outlawed marriage. Claudius found out about the secret weddings, and had Valentine killed. Claudius II also killed another Saint Valentine. This one from Terni in Umbria, who helped Christians escape merciless Roman prisons. It is said that Valentine sent the first “Valentine’s letter” to the jailor’s daughter, who he fell in love with when she visited prior to his death which he signed, “From your Valentine.”

Another thought is that, as with many Christian holidays, it was created to counter the ides of February Pagan ritual, Lupercalia. The festival was thought to bring its participants fertility and was dedicated to Faunus, the Roman god of agriculture. During the festival, the men would sacrifice sacrifice a goat, for fertility, and a dog, for purification. They would then skin the goat, bathe it in its blood, and create a loin cloth out of it.  After which they would go into the town, where the women would come out to be “slapped” with the skin. Pregnant women believed that the touch of the goat would allow them to give birth to healthy babies. Women not pregnant, believed that it would add to their fertility. Those women would then place their names in an urn. The unwed men would choose a name out of the urn and they would be married.

For those who are English poet fans, another theory behind the tradition of Valentine’s Day is that it originated thanks 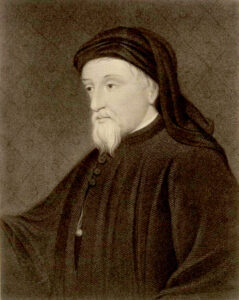 to Geoffrey Chaucer. In his 1375 poem, Parliament of Foules, The opening lines state, “So short our lives, so hard the lessons, so difficult the tests, so sudden the final victory, so tenuous the hope of joy that so easily evaporates into fear – this is what I mean by Love.”

Chaucer continues, “For this was sent on Seynt Valentyne’s day / Whan every foul cometh ther to choose his mate.” The poem is written through the eyes of the narrator as he dreams about traveling through beautiful lands and happens upon the temple of Venus. He watches in awe as male eagles attempt to seduce one female. Similar to his most popular The Cantebury Tales, the prose is full of speeches and vulgarity. In the end the female chooses neither of the males. Instead she asks Mother Nature to give her another year to decide on a mate. Mother Nature agrees as she turns to the male eagles and states, “A year is not too long to endure.”

Certain foods translate into emotions or feelings, and there is no other food that screams “I LOVE YOU” more than risotto. As we approach Valentine’s Day this year, we have the perfect pairing suggestion for you to show your loved one exactly how much you care. Risotto and L’Ecole Cabernet Sauvignon.

Like love, risotto needs a little patience. If you provide the care, the rewards are priceless. And just like love, when it is right, you know it immediately. In order to make your risotto perfect, here are a few tips:

1- make sure you use warm stock
2- the magic ratio for risotto is 4 cups of stock for every cup of arborio rice
3- agitate the rice, don’t over stir it. Too much stirring adds too much air and it will be like glue.
4- slowly add the stock in intervals, allowing the rice to fully absorb it prior to adding more
5- if adding vegetables, make sure they are already cooked, any additions should be done at the end of the cooking process.

We added bacon and parmesan to our risotto and paired with the L’Ecole #41 2017 Cabernet Sauvignon. I truly believe that Saint Valentine himself would be happy with this wine. As a lover of weddings, he would approve that the fruit for the 100% Cabernet Sauvignon comes from marriage of twelve vineyards that have been meticulously managed for over 35 years.  L’Ecole specifically picks the older, proven vineyards and hand harvests the fruit . Afterwards, it is fermented separately in 1.5 and 5 ton stainless steel fermenters. The wine was then transferred into small oak barrels of which 25% were new and aged for 22 months. 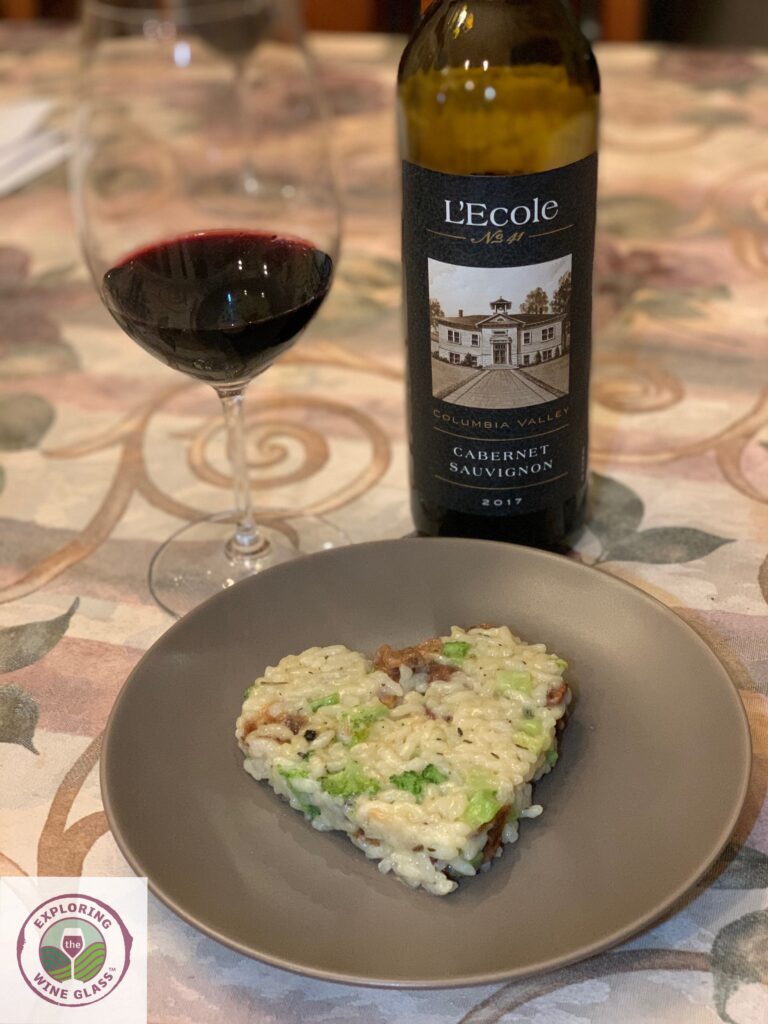 What is Rosé? 26 centuries ago, when the Greeks founded a colony in Marseille, the winegrowing culture was introduced in Provence. These wines were light in color very similar to rosé.  It is thought that they weren’t really trying for rosé per se, it was that the technology of maceration on the grape skins was either… 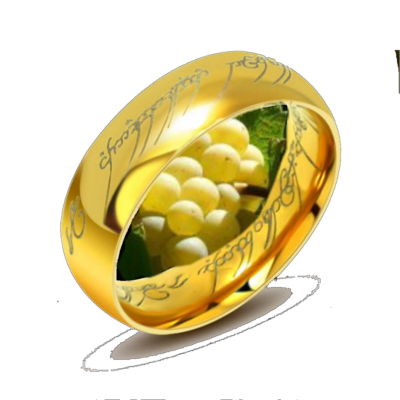 Imagine a vacation spot that is ideal if you love water sports. How about if hiking is your thing? What about a place that offers both of those options? Now add in art, amusement parks, and hilltop villages.  Have I sold you yet? Want even more? How about some incredible history? You can vacation and…

Do you know that full-bodied red wine that comes mostly from Argentina? How about the wine that is known for its plump dark fruit flavors and oh so lovely smoky finish? Or the wine that is priced much lower than Cabernet Sauvignon, and Syrah giving you more bang for your buck? All three statements are talking about the same…