Sometimes it takes forever to come up with an idea to write about and other times,

it’s like you are struck by lightning with an idea. This is one of those times.  I have no clue what I was looking up on the internet when I found this picture. But once I saw it, I knew I wanted to write about wine genetics.  I have always had a soft spot in my heart for DNA. Genetics was one of my favorite topics while studying Biology and the concept of Purines and Pyrimidines and how they get together to form DNA intrigued me from the first day of high school biology. The idea that we are who we are, that everything is what they are because some base pairs are held together by a hydrogen bond suspended between a sugar-phosphate backbone. So simple yet so complex! Just like wine.

Genetics in a Nutshell 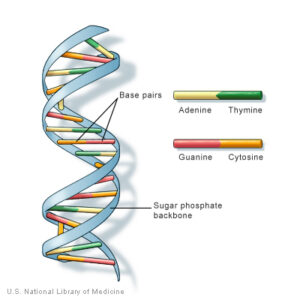 Deoxyribonucleic acid, DNA, is what makes up the bulk of chromosomes and is in nearly all living things. (there are some organisms, like viruses, that contain only RNA) It carries the genetic instructions that determine who or what you are.  When thinking about DNA, you can kind of envision Morse code.  It tells the each and every cell of an organism what to do by using a simple language.  This language consists of four chemical bases. The purines adenine (A), guanine (G),  and the pyrimidines cytosine (C), and thymine (T).  The order of these bases determine your characteristics and the really cool thing is human DNA consists of about 3 billion bases, and more than 99 percent of those bases are the same in all people! How amazing is that?! What is also interesting (at least to us science geeks) is that A will only pair with T and C will only pair with G forming what is called base pairs.  Each base is also attached to a sugar molecule and a phosphate molecule. Together, a base, sugar, and phosphate are called a nucleotide. These nucleotides arrange themselves similar to a ladder better known as a double helix. When cells divide the double helix replicates itself.  If there are any problems with this replication, problems occur ie cancer.

The Jigsaw Puzzle of Life

A genome is the complete set of genes or genetic material present in a cell or organism. Most people are familiar with the Human Genome Project (HGP) but geneticists had to crawl before they walked. They started out with smaller organisms when the mapping began. When you first start doing jigsaw puzzles, you don’t start with the 10,000 piece one, you start smaller and graduate to more difficult ones. Same with mapping genomes. A single celled organism is going to have a less “pieces” to put together than a 37.2 trillion celled human being. (data from Annals of Human Biology) There are geneticists out there studying the genomes of the yeast that help make the wine we love so much.  It is these researchers that we rely upon to help us discover specific yeasts for varying winery situations. Maybe the Brix level is extremely high,or unfortunately there is a stuck fermentation or you want your wine to have a specific flavor profile. (yep different yeast produce different flavor esters during fermentation.) We can be in control of what is happening in the wine we are producing thanks to understanding the yeast’s genetic makeup. We have gained that advantage because of the yeast genome project. It took over 600 scientists working together to sequence the genome of Saccharomyces cerevisiae.

Evolution has occurred. I don’t think anyone can doubt that. Whatever your

belief is on how life began on this earth you have to admit things have dramatically changed since the beginning. Now, how did these changes occur? Well, Darwin believed that these changes occurred over very long periods of times. (like millions of years) That over repetitive reproduction, changes gradually  occur and changes that were beneficial stayed while changes that were not beneficial were eventually weeded out. Survival of the fittest.  Now, Gould, sadly, much less known, countered Darwin’s theory and stated that these changes do not occur over millions of years, but instead mutations occur. In other words, all is status quo for a time and then BAM! there’s a change and if it is good, it just continues on.  Ok, maybe not BAM! but here’s the major difference: Darwin believed evolving and accumulating small variations over long periods of time until a new species was born. He did not assume that the pace of change was constant, however, and recognized that many species retained the same form for long periods. While Gould suggests species are generally stable, changing little for millions of years. This leisurely pace is “punctuated” by a rapid burst of change that results in a new species and that leaves few fossils behind. (pbs.org)

The DNA in the above picture that triggered this post begins 65 million years ago when wild vitis vinifera evolved (V. vitis subspecies sylvestris)and it took 35 million years for Saccharomyces sensu stricto to come through the primordial ooze. Those yeast were around for a very long time, before humans began drinking their grape juice. The first evidence of wine production wasn’t until 5000 BC and they had no clue as to what was turning the juice into wine. It wasn’t for another 6,000 plus years that people even knew what a yeast was. In 1680 when Anton Van Leeuwenhoek taught himself new methods for grinding and polishing tiny lenses to gain magnification. This “hobby” led to the creation of microscopes. He was the first to see and describe yeast cells in a glass of water.

It would take another 100 years for scientists to determine yeasts were microbes and responsible for alcoholic fermentation, which in turn led to the study of the role of bacteria in lactic fermentation. In 1789, Antoine Lavoisier, one of the founders of modern chemistry, determined what actually happens during alcoholic fermentation. By analyzing the sugar content, water and amount of yeast, he ascertained the composition of the fermentable substances and the products. He was the first to publish the chemical changes occurring fermentation. He explained how sugar is converted into carbonic acid gas and wine which he later corrected himself and called it by the Arabic word alcohol since it is formed from cider or fermented sugar as well as wine. He is also the first person to describe a chemical reaction using an equation. (‘grape must=carbonic acid+alcohol’)

In 1838, a mycologist name Meyen proposed a new genus for a brewing yeast and named it Saccharomyces cerevisiae. Although France did confirm this was a new genus, the belief that fermentation was due to a biological organism was literally mocked by infamous chemists who believed the yeast were nothing more than a catalyst – if that. In 1848, Louis Pasteur started investigating fermentation but it would be another 8 years before he started his research into alcoholic fermentation. In 1857, thanks to a lab mishap (which by the way is the way a lot of great scientific discoveries occur, check out the book Microbe Hunters by Paul de Kruif) he established the concept that fermentation was a biological process, carried out by tiny organisms.

The concept of inoculating wine fermentation with pure yeast was originally created by Müller-Thurgau back in 1890. (yep, the grape varietal is named after him) It took a long time for that notion to come to fruition, but finally in 1965, the first two commercial active dry wine yeast strains (WADY or ADY) were produced for the first time by Red Star Yeast. Once scientists were able to produce active yeast, it was only a matter of time before they would start researching genetic modifications to change and improve upon the characteristics the yeast imparted on the wine. In 1978, two scientists working separately both described a method to genetically alter Saccharomyces cerevisiae without the need for sexual reproduction eliminating the concerns with the different genetic makeups of various yeast strains. This was a huge problem previously and laid the groundwork for future research on yeast genetic modification.

In 1996, the genome sequence Saccharomyces cerevisiae was discovered. They realized that there were 16 chromosomes making up the organism. (humans have 23) By 2008, they understood the sequence for wine strain of Saccharoymyces and finally just six years ago, in 2010, the Saccharomyces Genome Database (SGD) provided comprehensive integrated biological information for the budding yeast Saccharomyces. They know every single base pair that comprises the entire organism. To put some perspective on this, Chromosome I of S. cerevisiae has 230218 base pairs making it up! Chromosome VII has 1090940 base pairs! (Remember the base pairs are the A-T and C-G combinations that make up the rung of the ladder of the double helix.) You can marvel at the sequence of Chromosome XI, which is a smaller chromosome here.

So Purines and Pyrimidines play a major role in allowing us to enjoy our wine.  In reality, they are the building blocks of life

just like cinderblocks of a home. I realize this was post was more about science than wine, but it never fails to amaze me how we are at the mercy of these nucleotides coming together in perfect succession to create a living being. Whether that being is a microscopic yeast that is responsible for converting sugar into alcohol or a human being that sits down after a long day of work to enjoy that the fact that the microscopic organism underwent that biological conversion.

Yeah, I know, that is a corny title, but I really do love this Sparkling wine and it is produced from Lichen Estate in Boonville, CA, so where else could I go with the title? So how did I come across this beauty of a sparkling? It’s an interesting story [well, at least to me.]… 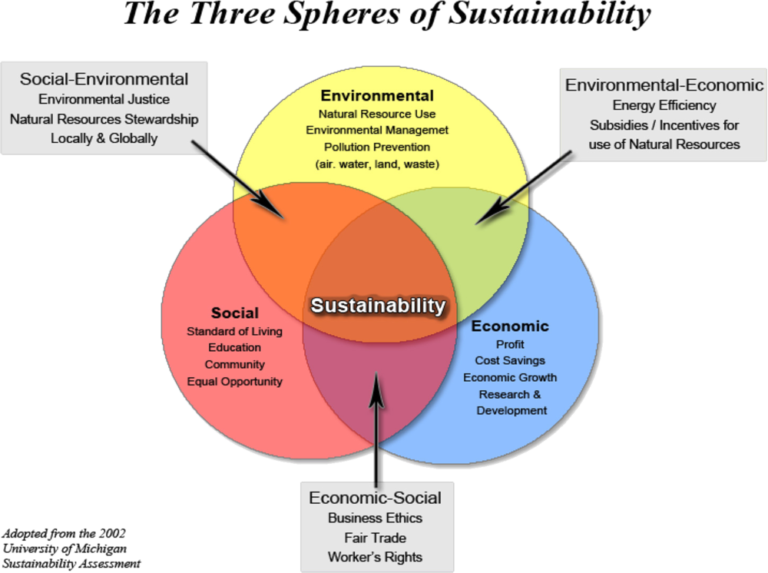 There are a lot of trendy words being tossed around in the wine world today dealing with how wineries are being more respectful to the earth in which they grow their vines. These concepts are often interchanged, when they shouldn’t be. Sustainable, Organic and Biodynamic are all based on the premise of being better inhabitants…

Gregor Mendel- Father of Genetics When I’m out and about and the topic of the winery comes up, people here in Jersey are intrigued that we have started Dracaena Wines.  The first question asked, after “What’s the winery’s name?” is “What type of wine do you  make?”  More often than not, when I tell them…

The Butterfly Effect: The scientific theory that a single occurrence, no matter how small, can change the course of the universe forever. As a scientist by education, I believe in this phenomena. Newton’s third law states that for every action there is an equal and opposite reaction.  And a less scientific, but sadly often true,…

Cooperage, what the heck is it? It is a cool name and it’s even a cooler job.  If you love wine, you need to learn the science behind the wine barrel.  Have you ever watched the show, How It’s Made on the Science Channel or Sport Science on ESPN?  I love shows like that.  I am…