There is a saying ” Do one thing and do it well.” This could be the motto of Chablis.  A very specialized and unique winegrowing region in Burgundy, France. A region that consists of 28,715 ha, approximately 3% of the French vineyards and where around 200 million bottles are produced annually (0.3% of wine production worldwide.)

Located in the most northern vineyards of burgundy in the North East of France where the vineyards are 100% Chardonnay – that is Chablis. No other grape variety is allowed in the four Chablis Appellation d’Origine Contrôlée (AOC). It has been that way forever and I don’t anticipate that changing anything in the future. Although there are other grapes, Pinot Noir & Sauvignon Blanc, planted around the area, they can not be called Chablis.

If you consider yourself a member of the ABC (Anything But Chardonnay) camp, don’t be too quick to foo foo away Chablis. These wines are very different from the butter-bombs of Napa/Sonoma and many other New World wine regions. These wines are sharp, crisp with acidity and dry to the bone. Not only may you be surprised by the wines themselves, you will be pleased to learn that they are also fantastic values and are some of Burgundy’s best buys.

Chablis is actually a generic name for the most basic wine from the region. The appellation has increased dramatically since the early 1990s and now has approximately 13,000 acres of chardonnay under vine. These vines surround the small town of Chablis and its 19 other hamlets.

Created in 1938 Chablis, like Bordeaux, has different hierarchies for their wine.  The top is known as Cru Chablis in which there are seven vineyards. The next tier, Premier Cru has 40 vineyards. Finally there is Chablis and Petit Chablis where you see the most common and most variable wine.

As with most of the vineyards in France, it was the Romans who introduced grapes into Chablis.  However it was the Cistercian monks of the abbey of Pontigny who solidified  the viticulture in the area and are thought to have introduced Chardonnay.  Late in the 19th century, vineyards were flourishing around the River Yonne and the best wines came from Chablis. The name became synonymous with the large quantities of dry white wine that was easily transported by river to Paris.

The climate of a wine growing region is always important. It is a determining factor in what grapes are grown and the quality of the wines produced. Chablis is no different. In fact, climate has always been an integral part of their wine industry.

Considered a semi-continental climate, Chablis has no maritime effect, so winters are long and cold and the summers are often hot. The uncertainty of the weather leads to a fluctuation in both quality and quantity of wine produced. Grape growers are always concerned with the possibility of Spring frost which have been known to cause sever damage to the young vines; a concern that lasts from March to May. Over the years, growers have combated this concern with heaters and smudge pots, which are effective but expensive.

Climats are specific designated plots of land that experience different geological and climatic conditions. Each Climat has its own organoleptic  qualities expressing different appearances, aromas, flavors and textures within the wine. The term “Climat” was officially recognized by the National Institute for Origins and Quality (INAO) in 1935. On July 4, 2015, the Climats were included on the UNESCO World Heritage list. For an area that is only 12.5 miles long and 8.5 miles wide, there is substantial diversity.

The crisp minerality of the wines from Chablis are the result of the limestone soils.  200 million years ago, the region was part of the tropical sea. When you analyze the soils found here, you will find chunks of limestone and marl (limestone mixed with clay) along with fossils of sea creatures. The Kimmeridgian soils are from the Upper to Late Jurassic period.

Back in early November, I was privileged to participate in the Twitter chat  #ChablisClimats  led by Christy Canterbury MW. The chat focused on the 2000 acres of the 40 vineyards designated as Premier Cru. When discussing the wines of the region, to be technically correct, there is only one Premier Cru that consists of forty Chablis Climats and be sure to always capitalize “Climat.” Its etymology comes from the Greek work “klima” and the Latin term “clima” meaning inclination. Of the 40 Chablis Climats  within Premier Cru, 17 are most commonly used.

Again, paralleling Bordeaux, Chablis is divided by a river. In this case the Serein River.  In terms of climate, the left bank sees the sun in the morning when it is colder and windier, while the right bank where the Grands Cru are located, these are all fully south or south-west facing, seeing the sun later in the day. The 40 Premier Cru Chablis Climats stretch across the hills on both sides of the Serein River. Throughout the hour, we discussed four Premier Cru Chablis. You can still follow the conversation by heading over to Twitter and search #ChablisClimats or by clicking here. 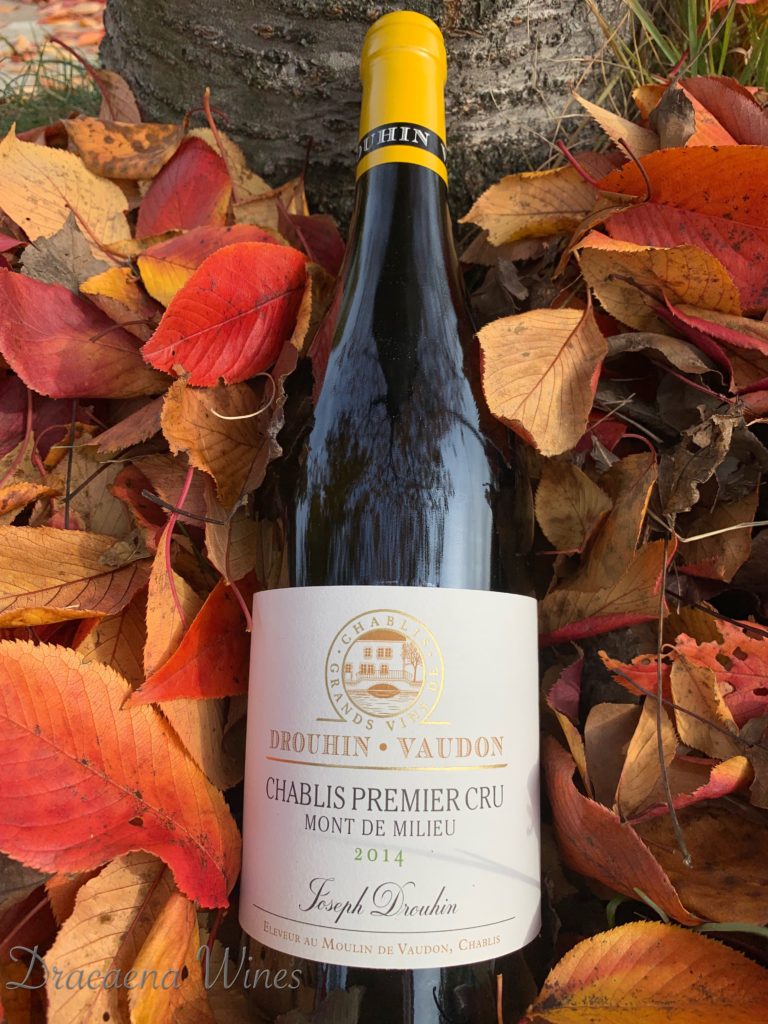 Founded in 1880 the estate owns vineyards not only in Chablis, but also Côte de Nuits, Côte de Beaune and Côte Chalonnaise. They also crossed over to the New World and have vineyards in the Willamette Valley in Oregon. The fruit is grown on a historical 18th century  property.

Today, both Maison Joseph Drouhin and Domaine Drouhin in Oregon are owned and operated by the great-grandchildren of Joseph Drouhin.

Started off as a small vineyard, throughout the years, purchases and agreements were made between families to acquire what is now 73 hectares and one of the largest estates in the region. It produces both Premier and Grand Cru. In addition to Chardonnay, Joseph Drouhin Domaine also grows Pinot Noir. Since the 2009 vintage, Maison Joseph Drouhin was awarded organic certification for all grapes grown within its vineyards. The name Mont De Milieu means “middle mountain” and unlike other primary Premier Cru, Mond De Milieu does not have any sub-Climats.

Also located on the Left Bank, Fourchaume has more than 300 producers in the Chablis region. The cooperative was established in 1923. The name has some debate but the leading theories are that “Four à chaux” or “Le Fouchaux” could relate to the former lime kilns but most likely comes from “fourche” or fork, referring to a fork in the road or the fork between Vaulorent and Cote DeFontenay. Fourchaume is in the north with a westerly exposure making it the warmest Premier Cru and is often harvest earlier than the others.

The wine itself was vinified and aged in both fûts (barrels of 228 L) and stainless steel for about 1 year. The Premier Cru includes an expansive range of vineyards, but the majority of the grapes for La Chablisienne are grown in Kimmeridgian layered with calcareous deposits and clay with Exogyra virgula. 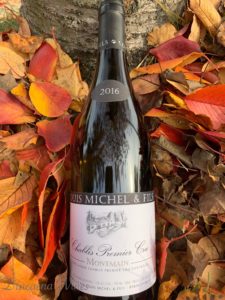 The Michel family has been producing wine in Chablis since the 19th century. The business has been passed down from generation to generation, keeping it a family run winery. Louis Michel’s vineyards average 45 years and are centrally located on the extremely prestigious parcels. The vineyards cover the four appellations: Chablis Grand Cru, Premier Cru, Chablis and Petit Chablis. The winery produces three Grand Cru and seven Premier Cru.

Their guiding belief is that the wines are made in the vineyard and with a terroir as “rich and unique” as Chablis. With this belief, they winemaking practices involve the strictest minimal human intervention. Founded in 1850, today Guillaume Gicqueau-Michel is in charge of his family estate. Guillaume has 2 hectares of Montmains with 2 parcels in its center, near the Fôrets sub-appellation. Montmains is a medium sized mountain range that is lower than its neighbors. Montmains, located in the eat has two sub-Climats; Butteau to the west and Fôrets in the center. Of the three sub-Climats, Montmains receives the greatest amount of sunlight. 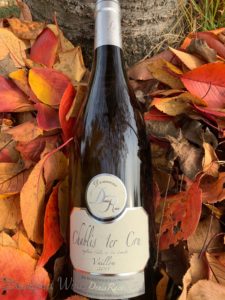 In 2015, the vines budded late, flowered quickly and avoided frost damage. It was a great summer, however, the night prior to harvest there was a hailstorm. The winery is a fourth generation estate with vines that are between 2 and 65 years old.

Located on the southern end of the Left Bank, Denis Race is another family run winery that was established in 1938. It is nestled in the center of the city. They currently own 18 hectares, that cover 4 appellations on various slopes. The name Vaillon, which originally was spelled Vailon in 1429, received its name because it overlooks a little valley, or “vallon” that is south of the Montmains.

Aside from the grape, Chablis is about two things: climate and soils. Chablis is a cool climate of this region produces wines with more acidity and flavors less fruity than Chardonnay wines grown in warmer climates. To discover more about the wines of Chablis, please visit the Pure Chablis website. 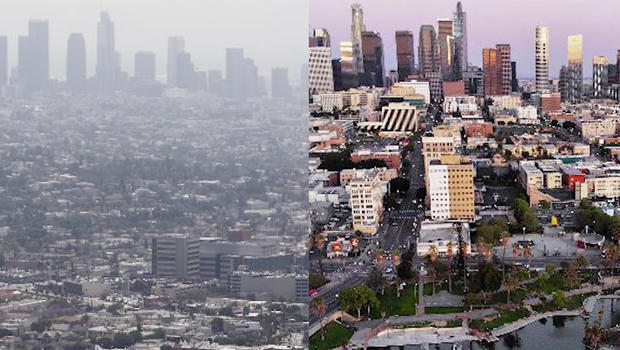 Aquanet Generation For decades we lived on this earth without any concern for the effects our existence had on it. I think back to my high school days, in the 80s. Man, oh man, the hairspray that was used! I think hair back then defied the laws of physics!  Hairspray was such a mainstay, that… 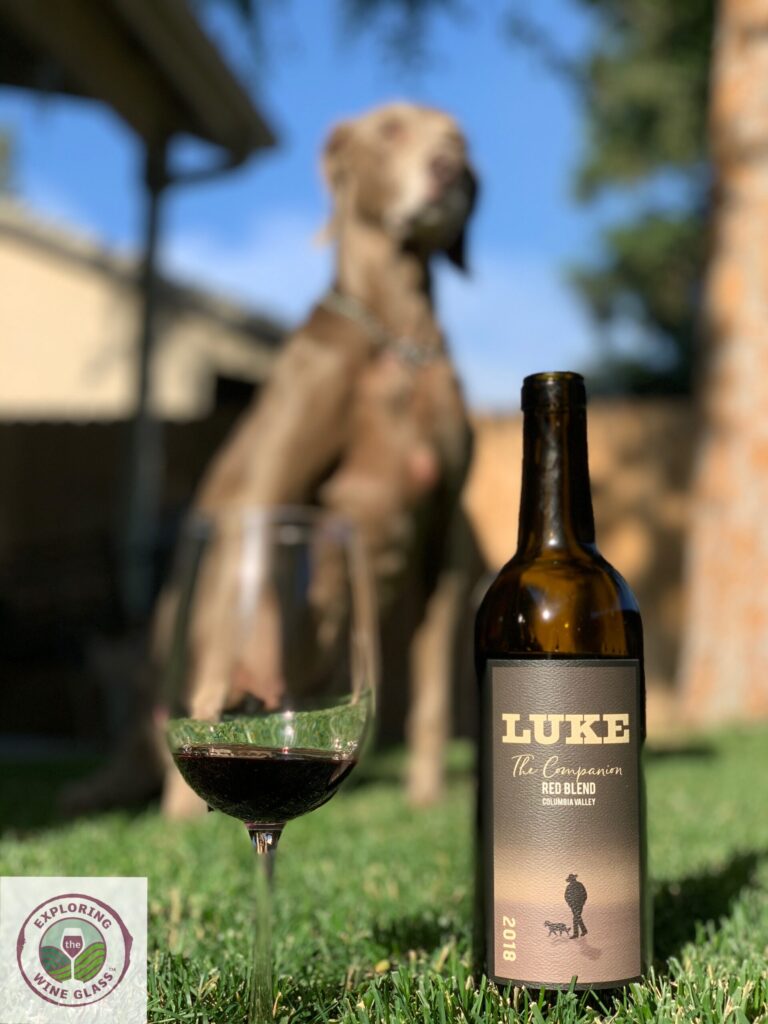 Oscar Wilde once said “Imitation is the sincerest form of flattery that mediocrity can pay to greatness.” Well, at Luke Columbia Valley, they don’t believe that statement, Instead, they believe in being an original. In 2012, Thomas and Kristin Vogele brought a combined 30 years of wine business experience and redirected it into making bold…

Welcome to the next installment of WWHBD. If you have been following us, you know this is a bi-monthly post about What We Have Been Drinking. As in previous posts, since we are true believers of “Drink what you like and everyone tastes differently,” rather than including our tasting notes, I have included basic information about each…

Fàilte! Welcome to the next installment of Exploring the Wine Glass. Mike and I are big proponents of you should drink what you like and you are the only one who can taste like you. We advocate the fact that everyone experiences the wine differently, so in these posts we do not discuss our tasting…

Do you know that full-bodied red wine that comes mostly from Argentina? How about the wine that is known for its plump dark fruit flavors and oh so lovely smoky finish? Or the wine that is priced much lower than Cabernet Sauvignon, and Syrah giving you more bang for your buck? All three statements are talking about the same…